Ethiopian Review’s 2015 Person of the Year 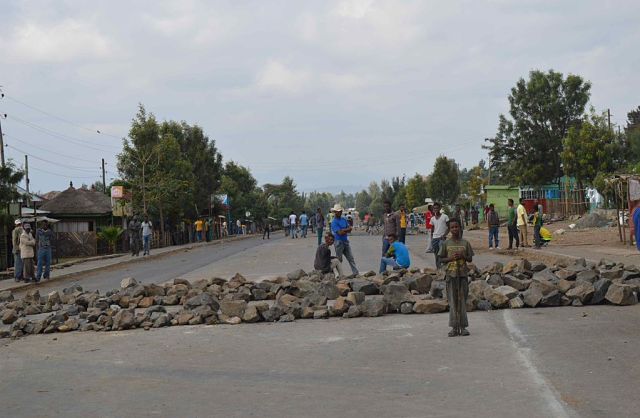 Selecting Person of the Year on December 31st of every year has been a long tradition of Ethiopian Review. The person or persons of the year are selected based on their positive contributions to the Ethiopian society over the past 12 months.

The 2015 Ethiopian Review Person of the Year is not a single person. It is a group or groups of brave individuals who have, during the past few months, confronted the fascist dictatorship that has been tormenting the people of Ethiopia for the past two decades. These brave Ethiopians are Oromo students and Wolkait farmers.

Both of these groups are fighting over local issues, not for the freedom of all Ethiopians. But their determination, bravery, and their methods of struggle have turned the country ungovernable for the TPLF fascist junta. In doing so, they have become role models for pro-unity and pro-freedom Ethiopians.

The peaceful struggle chosen by the Oromo students, in particular, has paralyzed TPLF’s blood-thirsty federal police and military. Several towns in Oromia region of Ethiopia today are out of the reach of the TPLF because of the massive and systematic road blocking campaign that Oromo students are currently waging, even as they are being shot at by TPLF snipers. If the Wolkait farmers, who chose to wage armed struggle, employ a similar tactic and shut down the Addis Ababa – Metema road, it could mean the collapse of the regime.

The end of the TPLF junta is approaching fast. The big question to pro-freedom and pro-unity Ethiopians is: Who is going to take over. Ethiopian Review and others have been promoting the idea of creating an all inclusive government in exile. The idea is taking root slowly, but in order to avert chaos in Ethiopia, the process of forming an exile government must be expedited.