The Real Story of Thanksgiving 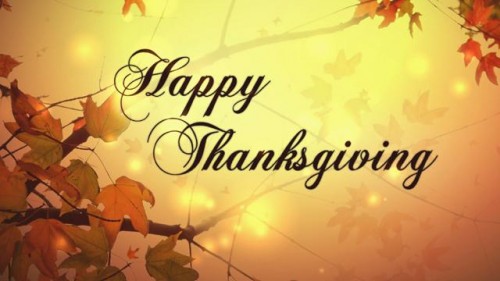 As Ethiopian-Americans join all Americans in celebrating Thanksgiving this week, here is an interesting perspective by radio host Rush Limbaugh on one of America’s biggest holidays:

BEGIN TRANSCRIPT
RUSH: Time now, ladies and gentlemen, for The Real Story of Thanksgiving, as written by I — by me — in my second book, See, I Told You So. It’s page 70 in the hardcover version. “On August 1, 1620, the Mayflower set sail. It carried a total of 102 passengers, including forty Pilgrims led by William Bradford. On the journey, Bradford set up an agreement, a contract, that established just and equal laws for all members of the new community, irrespective of their religious beliefs. Where did the revolutionary ideas expressed in the Mayflower Compact come from? From the Bible. The Pilgrims were a people completely steeped in the lessons of the Old and New Testaments. They looked to the ancient Israelites for their example. And, because of the biblical precedents set forth in Scripture, they never doubted that their experiment would work.”

Now, you know the usual story of Thanksgiving: They landed. They had no clue where they were, no idea how to feed themselves. The Indians came out, showed ’em how to pop popcorn, fed ’em turkey, saved ’em basically — and then white European settlers after that basically wiped out the Indian population. It’s a horrible example. Not only is that not true, here is the part that’s been omitted from what is still today taught as the traditional Thanksgiving story in many schools. “The original contract the Pilgrims had entered into with their merchant-sponsors in London called for everything they produced to go into a common store,’ when they got here, ‘and each member of the community was entitled to one common share. All of the land they cleared and the houses they built belong to the community as well.

“They were going to distribute it equally. All of the land they cleared and the houses they built belonged to the community as well. … [William] Bradford, who had become the new governor of the colony, recognized that this form of collectivism was as costly and destructive to the Pilgrims as that first harsh winter, which had taken so many lives. He decided to take bold action. Bradford assigned a plot of land to each family to work and manage, thus turning loose the power of the marketplace. … Long before Karl Marx was even born, the Pilgrims had discovered and experimented with what could only be described as socialism,’ and it had failed” miserably because when every one put things in the common store, some people didn’t have to put things in for there to be, people that didn’t produce anything were taking things out, and it caused resentment just as it does today. So Bradford had to change it.

“What Bradford and his community found was that the most creative and industrious people had no incentive to work any harder than anyone else, unless they could utilize the power of personal motivation! But while most of the rest of the world has been experimenting with socialism for well over a hundred years – trying to refine it, perfect it, and re-invent it – the Pilgrims decided early on to scrap it permanently. What Bradford wrote about this social experiment should be in every schoolchild’s history lesson. If it were, we might prevent much needless suffering,” that happens today and will happen “in the future. ‘The experience that we had in this common course and condition, tried sundry years…that by taking away property, and bringing community into a common wealth, would make them happy and flourishing – as if they were wiser than God,’ Bradford wrote.

“‘For this community (so far as it was) was found to breed much confusion and discontent, and retard much employment that would have been to their benefit and comfort. For young men that were most able and fit for labor and service did repine that they should spend their time and strength to work for other men’s wives and children without [being paid] that was thought injustice.’ … The Pilgrims found that people could not be expected to do their best work without incentive. So what did Bradford’s community try next? They unharnessed the power of good old free enterprise by invoking the undergirding capitalistic principle of private property. Every family was assigned its own plot of land to work and permitted to market its own crops and products. And what was the result?”

Here’s what Bradford wrote, the governor of the Massachusetts colony. “‘This had very good success,’ wrote Bradford, ‘for it made all hands industrious, so as much more corn was planted than otherwise would have been.’ Bradford doesn’t sound like much of a Clintonite, does he?” or an Obamaite, if I can update it. “Is it possible that supply-side economics could have existed before the 1980s? … Anyway, the pilgrims found “In no time, the Pilgrims found they had more food than they could eat themselves. … So they set up trading posts and exchanged goods with the Indians. The profits allowed them to pay off their debts to the merchants in London. And the success and prosperity of the Plymouth settlement attracted more Europeans and began what came to be known as the ‘Great Puritan Migration.'”

Very few people have heard this story or have had it taught to them — and the “thanks” was to God for showing them the way. In later parts of the chapter, I quote John Adams and George Washington on their reminisces and their thoughts on the first Thanksgiving and the notion it was thanks to God. It was an entirely different story than is being taught in the schools. It’s been muddied down, watered down all these years — and now it’s been hijacked by the multicultural community — to the point that the story of Thanksgiving is the Pilgrims were a bunch of incompetents and were saved only by the goodness of the Indians, who then were wiped out. And that’s what kids are being taught today — ’cause, of course, you can’t mention the Bible in school, and that’s fundamental to the real story of Thanksgiving.